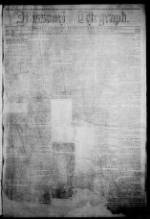 This is the newspaper the circulated in Callaway County, Mo at the time of Celia’s trial.

This is one of the papers that Callaway county residents probably read, it is also the newspaper that interviewed Celia before her hanging 1 Linder, Douglas. “The Trialof Celia, A Slave (1855): A Chronology.” 1995. Accessed October 18, 2016. http://law2.umkc.edu/faculty/projects/ftrials/celia/celiachrono.html.

Courtesy of the Digital History of Missouri 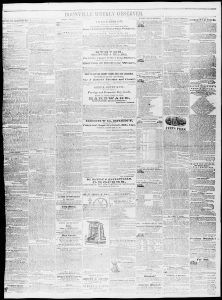 In this paper, on the far left hand side towards the middle you can read an article denigrating the North as the “know-nothings” and talking about interfering with Missouri and the South’s adherence to slavery. This leads one to believe that this paper is primarily pro-slavery.
Courtesy of the Digital History of Missouri 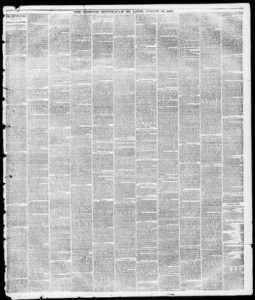 The Daily Missouri Republican debates the legal action required to maintain slavery in the country.

From the paper: I do not care a fig which way the decision shall be for it is of no particular consequence, slavery cannot exist a day or an hour in any territory or state unless it has affirmative laws sustaining and supporting it…without affirmative legislation in its favor, slavery could not exist any longer than a new born infant could survive under the heat of the sun on a barren rock without protection. It would wilt and die for the want of support.

Courtesy of the Digital History of Missouri