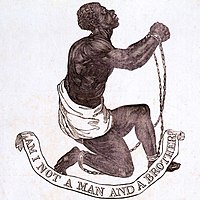 The laws at the time were a reflection of deeply rooted political and social interests that suited the needs of certain groups of people, and that many did not adhere to. In Missouri, lawmakers reacted to the abolitionist press through a series of laws intended to reinforce the status quo of prevailing social attitudes.8 McLaurin, Melton A. Celia, a Slave. Athens, US: University of Georgia Press, 1991. Accessed October 17, 2016. ProQuest ebrary In 1837, Lawmakers acted to criminalize the publication, circulation and promulgation of abolitionist doctrines with increasingly harsh fines for those who were found guilty.9 Missouri State, Archives. “Missouri Digital Heritage.” 2007. Accessed October 18, 2016. https://s1.sos.mo.gov/archives/education/aahi/earlyslavelaws/slavelaws. In 1847, Missouri lawmakers enacted a harsh law criminalizing the education of ‘negroes.’10 Missouri State, Archives. “Missouri Digital Heritage.” 2007. Accessed October 18, 2016. https://s1.sos.mo.gov/archives/education/aahi/earlyslavelaws/slavelaws. Abolitionists flouted the Missouri law, but not without consequence.

Missouri law, despite its slow creep towards into unconstitutionality, was a reflection of just how deeply emotional and polarizing the topic of slavery was, especially in a state that was bordered by free states, slave states, and the as-yet non-designated state of Kansas.