Based off of the crime statistics on gender, race, socioeconomic status, and the type of crime Lizzie Borden committed, we have a better understanding of how the justice system viewed and acted on the trial and how the previously mentioned characteristics influenced their decision. 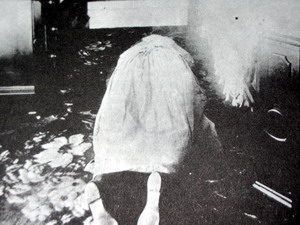 In addition to the circumstantial evidence, because Lizzie is a white woman who comes from a family with a high socioeconomic status, the trial was handled differently that it would have been if she was a African American man who lived in poverty. As mentioned earlier, whites had a lesser chance of getting arrested, therefore had a lesser chance of appearing in front of a judge or jury1Gurr, Ted Robert. “Historical Trends in Violent Crime: A Critical Review of the Evidence.” Crime and Justice 3 (1981): 295-353. http://www.jstor.org/stable/1147382.

From all of the information previously provided, we can conclude that all of the characteristics; type of crime, sex, gender, race, and socioeconomic status, had a strong influence on how the Lizzie Borden trial was handled and, overall,  the reasons behind her acquittal.